n summer lightning storms commonly occur in the Kalahari. Photographing them however is not that easy and conditions simply have to be a bit in your favour. In this case we were lucky to find ourselves in such a situation whereby it helped that the storm was in the distance, that it was not raining where we were, nor that there was too much wind to complicate matters even more. The only thing that disturbed us and gave us a bit of a fright was an animal on the run passing closely by in the pitch dark night.

Lightning bolts are never following one another frequently enough when you are trying to capture them and also in this case I already knew that the most spectacular image would be the result of several exposures blended together.
This image was created out of 6 different exposures, all 30 seconds @ f/2.8, ISO 250 and 400 for the lightning bolts and ISO 2500 for the stars. 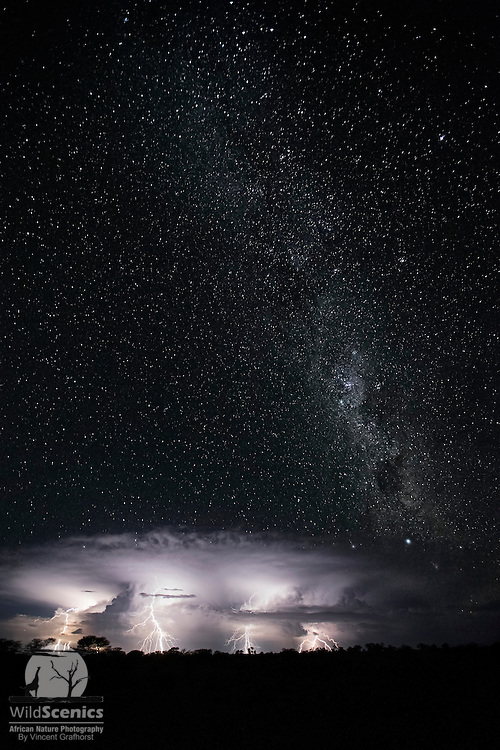