To the first-time safari-goer, the hippopotamus may seem like a big, fat, unattractive, lazy – and boring - creature, which spends most of its time lolling around in the water doing nothing. However, few people know that there is a more dynamic and spectacular side to these enormous artiodactyls. The unrivalled territoriality of this semi-aquatic quadruped often translates into an unbelievably short-tempered and aggressive personality. Particularly, the males are continuously fighting each other for dominance and territory. A hippo’s continuous ‘yawning’ is not really to express sleepiness; rather the size of its teeth to warn off intruders and contestants! Splashing water by shaking its massive head is another warning sign and definitely not innocent play! 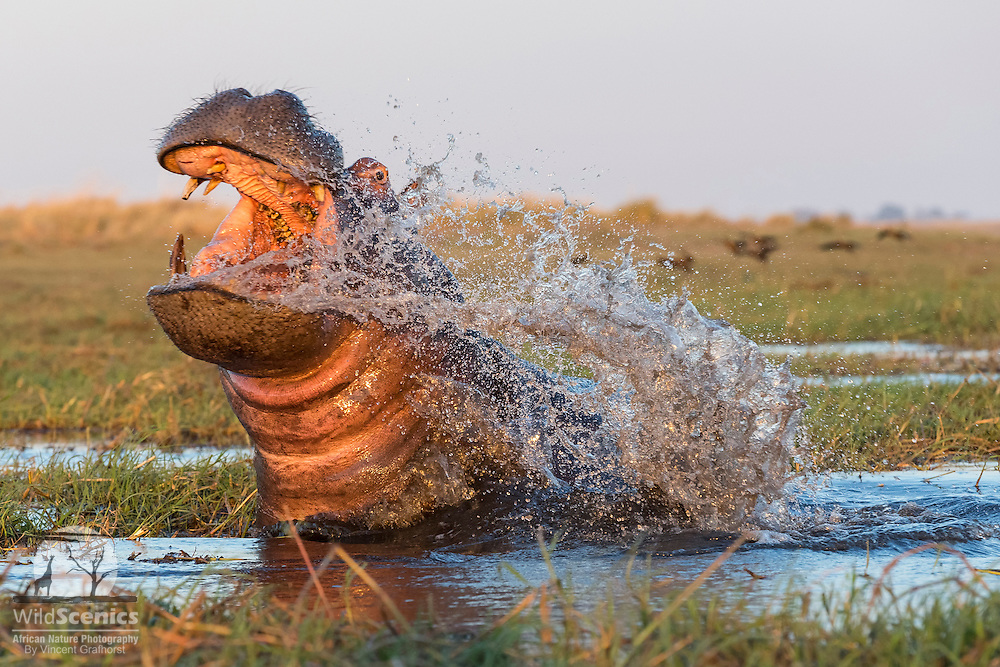